Another year has gone; all my extraordinary things remain

It was exactly one year ago when I wrote my first post in this blog. I've emptied it with many little common things. The blog, however, looks better from how I imaginged at first. And unbelievably I've got 21 followers now! I know it's not a big number (for some it might be a ridiculous number) but I'm just glad to see more hits in my blog's statistics. Although my origin intention was only to practice my brain as an anti-alzheimer exercise, I anyway felt proud when somebody was (or seemed to be) interested to read what I wanted to transmit.

This year I got the sensation that it's not the same atmosphere as the previous ones. In this moment, some people are waiting to celebrate the year end while many are getting concerned of how the new year would be. Unfortunately many families are having an economic difficulty. Mine isn't going great in economy either but we're still fine and we consider ourselves lucky enough! Life sometimes turns to be cruel. I always get moved when I hear some stories of desperate people. I just imagine myself in their conditions, and I feel something deep in my heart. But life must go on. I can't do much for others but I'd like to "hope" for a better year for everybody. May the new year be full of love, peace and hope.

I'm very grateful for life, for my beloved family, for every little thing that has made me happy, for nice people I've met (I just removed the unkind ones from my mind) and for each simple but meaningful moment of mine. I feel happy everyday. I don't wish anything more than this. My only wish is that life continues to be this kind to me.

I'd like to cite one of my favorite quotes here, it just fits this post.
"The foolish man seeks happiness in the distance; the wise grows it under his feet"
(James Oppenheim)

Best wishes to my readers!
Have a great moment at the year end and have a very happy beginning of the New Year!!!
Posted by Mee at 16:14 2 comments:

if you read this letter in time, please do me a favour! Seeing that you go across the continents all the night, I'd like to ask for your help! Please carry with you my thought and pass by all my beloved family and friends. Please just leave them a breeze of my caress, please add a little bit of your magic, so that they could receive my love and care into their hearts, so that they would be filled with all my best regards and so that they would be embraced with the warmth I would like to transfer.

You might know where you should stop by, somewhere in Italy, some other angles in Finland, Spain and Island, some farther edges in Japan, China and Thailand! I might be disturbing you too much but if it's just possible, I'd thank you infinitely.

Sincerely yours,
Mee...from Italy
Posted by Mee at 00:24 No comments:

Christmas is intensely in the air! Yesterday, I and my two great friends met up in the centre of the city. It was full of people and "lives". The atmosphere of the greeting seasons was perceived and I love this feeling very much. It was such a cold day but I somehow felt warm and embraced by all people around. We had so many conversations and some good laughs.

I've always been in touch with all my family and friends in Thailand for nowadays we've so many rapid ways to contact people around the world. Thanks to the hi-technologies the world's getting smaller. You can reach the other side of the world in a second! Certainly at the moment everyone of us talks about the up-coming holidays. Although the majority of Thai people is Buddhist, Christmas is very celebrated! We love every joyous celebration. Thai people have accepted various foreign cultures and we sometimes go crazy about them! You won't have too much difficulty if you want to have success in my native country because people are mostly open-minded. They welcome new things quite eagerly.

Christmas celebration in Thailand is however different from its original tradition where the birth of Jesus Christ is celebrated and the family get united as the most special moment. For us it's a joyful moment when you can see lighting decorations everywhere (especially in big cities). We love to exchange gifts among family, colleagues and friends. At school, a male teacher is dressed up as Father Christmas and give away candies to children. I still remember how I and classmates enjoyed Christmas together. We didn't have lessons but played a lot of games. Some families began to buy a Christmas tree for their home. Why not enjoying things at most?

I attach here a picture of a big shopping hall at Bangkok (my favorite place!). I got it from a Thai website (hoping the owner won't mind!). Oh...how I miss this place. My husband and my son love it too and they can stay therein all the day.


Merry Christmas to everybody!
Wishing you a great time with all your beloved ones ;)
Posted by Mee at 23:24 No comments:

Caught just in time: a lovely picture of Nanà 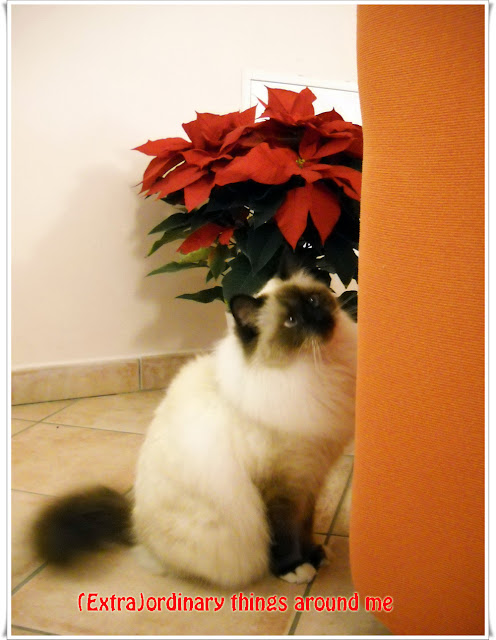 Hello readers!
After being absent for a while, I just wanted to keep my blog alive by posting a lovely picture: my sweetie cat with beautiful poinsettia in the background. It's not easy taking a good photo of my cat Nanà. She doesn't stay still in front of the camera.

I've got a new tool in my kitchen. It's WAFFLE MAKER!!! Yes, I longed for it since a long time but never got one for the reason of fear to gain weight!! I just came across a big promotional sale, so I couldn't help grabbing it. I don't try it yet...how could I?? At the moment we're pampering ourselves with loads of pre-Christmas sweets. However, sooner or later it'll be done ;-)

Anyone has noticed another blog of mine? I decided to write "seriously" a Thai blog for Thai readers with the purpose of trying and practicing my writing skill, for one day my dream of publishing my own book might come true. This's only a kind of experiment, hoping to get more inspiration.

Have a great time, everyone! 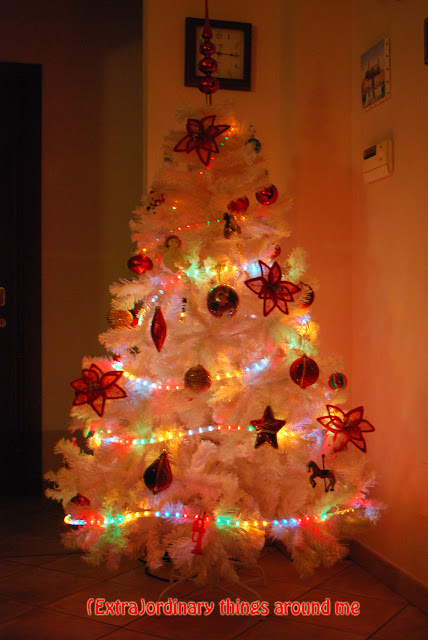 We put up our X'mas tree yesterday afternoon. This year we picked up the white & red theme. Our 11-year-old boy was of great help. We're looking forward to seeing the gift boxes below ;-) Our boy has become a young guy now and he made us know last summer that he knew who has been the Santa Claus...oopps! Therefore, no more letter but he somehow looks happy to ask for the gift directly to his real Father Christmas.
Posted by Mee at 22:29 4 comments:

Thailand's Father's Day - The unconditional love for our Royal father

Tomorrow is father's day in Thailand. Many foreigners may not know that our father's day is the birthday of His Majesty King Rama IX, the King of Thailand since 1950, and he's cited as the Greatest King of all time. The thing foreigners don't know and won't ever know is why Thai people love the king this much. You must be born Thai to perceive it. We call HM King Rama IX (King Bhumibol) "our Royal father" because he does have the role of father of all people, and people give him the unconditional love unquestionably.

The King Bhumibol has such a great wisdom. He's always been looking after his people. He's gone everywhere, even in the poorest places and among poorest people, to see the problems with his eyes and make projects to resolve them himselves. I strongly believe that no other kings in the world has worked hard as King Bhumibol. His heart is greater than his wisdom, this's why Thai people love him with all their heart. He has no real power in ruling the country but many times he gives speech to the government and people to calm down the country's disorder. People believe in him, not for his power but for his great heart.

I had such a great experience standing in front of my king in my graduation ceremony. I was so lucky because the year after the king quited assigning the degree to the graduates because of his health problems. My university was one of the few where the king attended the ceremonies and assigned himself the degree. I'm very proud until today and I've my picture receiving the degree from the king hung on my room's wall. My Venetian friend once visited me and when she saw that picture she was amazed saying that in Thailand it was a serious ceremony, but in Italy it's not so. When I transferred to live in Italy, my mom said, handing me that picture: "Bring it with you, it's yours." Later, I found that she was right. I feel very proud every time I look at it. I've known the meaning of experiencing once being in front of the king, the Royal father.

I'm attaching here a beautiful and meaningful video. The song is dedicated to our beloved "Father". In the video, a rural teacher is describing to his students what our Royal Father has done for his people. The author compared the country to a tree and His Majesty King to the curator of the tree who has been watering and nourishing it until it has become big and strong. Our duty is to save the tree together, so that it can last long. 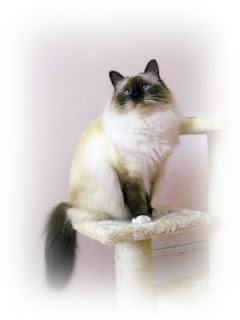